No, I’m not the Emily Post of air travel, nor am I a disgruntled airline employee. I’m just a woman who gets on a plane several times a month and has learned a thing or two about getting from Point A to Point B without losing her mind or pissing people off.

In my experience, there are 10 simple things that one can do to maintain sanity and foster goodwill. I have not written these in order of importance, but rather as they come to mind, because I’m at 32,000 feet right now, and I’m sadly watching several of these scenarios play out.

They are as follows:

There you have it. Ten simple rules that have the potential to make your travels far more enjoyable. If you have additional suggestions, add them to the comments section below. I’d love to hear them.

Feel free to share this information with the road warriors in your life, and if you see me on your next flight, please take the time to say hello. Unless, of course, I’m wearing headphones and/or reading.

I’ve learned a lot of very valuable lessons from my parents over the years, but I have to say that one of the best social lessons I’ve learned from them is to never discuss politics or religion. Unless I’m wrong, few people that I’m close to actually know what my leanings are in either department. And that, my friends, is on purpose. I tend to smile and nod a lot, which could be construed as any number of opinions, but I rarely go into detail about how I feel.

Here’s my point: there’s no point! No point in arguing your point, because arguing just creates animosity and alienation.

Can you name one person that you know who has changed their political opinion or religion based on a Saturday night argument? I highly doubt it. Or altered their vote because of your bumper sticker? Not likely.

I’m a middle aged woman now, and I can honestly say that I had no idea how either of my parents voted until recent years. I often suspected that they preferred different camps, but I was never sure. My God, what a great gift that was. I say “was,” because I now know how my dad votes, but I’m not impressionable anymore, and I could care less (no offense, Dad).

Friendships and relationships should be based on a myriad of factors, but not religion or politics alone. Looking past someone’s view of social issues, and seeing them for who they really are, is the absolute ideal, and I’ll be forever grateful to my parents for raising me to have a mind of my own and to respect every party and walk of life.

Friendships should be based on souls, not poles.

Actually, the only thing I have zero tolerance for is zero tolerance. It’s true that I haven’t been an American my entire life. Hell, I’ve only been one for a few years, but I am American, and unless I’m completely mistaken, the epitome of being an American is embracing the rights of others to be who they want to be.

Now THAT I’ll pledge allegiance to.

And let’s not lose our sense of humor about politics and religion. I know they’re intense issues, but if we can’t laugh at ourselves and our differences, we’re nothing short of doomed.

Again, thanks Mom and Dad. You are absolutely the best. I love you, and that’s one opinion I’ll never hesitate to share. xo

**This blog is also available at http://www.leanadelle.com

I don’t follow many blogs, primarily because I have little time to read them, but I do read this one. A fellow Canadian who makes France her home:

It’s been a long time. Thirty years since we began this relationship; more than twenty since I decided to call you home. Since I married in Paris, gave birth in Lyon, made friends, built a life, put down roots.

In all these years, I’ve never felt moved to share my feelings about what it is to be French. Until now.

I have often criticized you, and rightly so. It has not always been easy to live here, to decode your culture, understand your language and fully appreciate your history. There have been moments of mutual incomprehension. Sometimes I felt alone. But I never felt judged, nor excluded.

Never once did you ask about my religion or political beliefs. You gave my children an education that has enabled them to go forth in the world as free-thinking, critical spirits. You kept us healthy and safe.

So this is to say merci

I think New Years Eve is my favorite night of the year, and New Year’s Day my favorite day. Why? Because they incorporate two of my favorite activities: reflecting on blessings and preparing to receive more.

I also read recently that resolutions can improve our lives, so there’s another bonus to the whole transition thing; however, concentrating on outcomes vs. processes has been speculated to be the best way of not accomplishing those goals. For example, instead of “I’m going to lose 15 lbs,” it’s better to say, “I’m going to start going to the gym four times a week.”

Our approach to life essentially works in the same way. If it’s all about the outcome, the task at hand can become too daunting. Take writing, for example. If I set out at the beginning of a novel thinking, “I’m going to write a book,” it’s far more overwhelming than, “I’m going to write 500 words a day,” or “I’m going to create two chapters a week.” Little bits eventually accumulate into one great big one.

Consider each year to be a chapter. Let’s think about the things we’d like to see happen over the next 12 months and write a little bit each day toward them. And by “write,” I mean take some form of process oriented action that can move us forward.

We can’t let the big picture keep us from using our cameras!

Besides, concentrating on outcomes can be limiting. Be open to new potential directions and let the results fall where they may.

HAPPY NEW YEAR, Y’ALL! May each of us move through our next chapter with an ample supply of creativity and health.

**This blog is also available at: http://www.leanadelle.com

I lived in Canada at this time last year and was able to drive “home” for Christmas. A seven hour drive, mind you, but able to drive nonetheless. Peaceful and breathtakingly beautiful, I marveled at the sun shining down on snow laden evergreens, making each limb glisten and practically wave at me as I passed by. I arrived just as the sun made its slow decent in the western sky and Bing Crosby launched into my favorite song of the season.

What’s the practical thing to do at that moment? Well, set your iPad up on your dash and record the event, naturally.

Sharing my 2013 arrival home (ignore the rolling stop and occasional speeding, but note Timmie’s on the right, Canada).

Wishing each one of you a joyous and gratitude filled Christmas.

See you in the new year, my friends!!

Here we are. That time of year again. Time to figure out what to give everyone on our Christmas lists. The masters of marketing are ramping up their efforts to bombard us with the latest toys, gadgets and extravagances. I actually saw a Lamborghini in a showroom window with a bow on it just last week. Really.

I love giving. There are few feelings quite so gratifying as getting just the right thing for just the right person. It’s joyful and far better than receiving. I often wish that I could give something to humanity as a whole.

Well, here’s a thought: Maybe I can, and maybe you can, too.

Are you aware of the fact that the greatest gifts any of us have ever been given are our talents? That each one of us, whether we’ve identified them or not, were given some unique abilities that are just ours and no one else’s? It’s true, and it’s a damned shame if we don’t try and regift at every opportunity.

You may have a talent that you’re fully aware of but afraid to share – that one thing that comes easily to you and brings you joy. Know that sharing it will also bring joy to others and make floating around on this blue and green orb all worthwhile. And, like a lot of bullies, fear will back down if you confront it, anyway. It’s secretly wimpy that way.

Regift your talents and abilities this holiday season. If you want to put a bow on your head while you do it, I say, CHEERS!!

Merry Christmas, everyone, and may 2015 see you expressing the truest version of ourselves.

**This blog is also available at http://www.leanadelle.com**

Have I always been grateful? I can’t say as I have, but I have never been ungrateful either, if that makes any sense. I’m learning that genuine gratitude is something that comes from a place of conscious effort. Not being ungrateful is something that – in and of itself – can be taken for granted. It’s a state of being, so to speak, like being healthy or even employed. Actually acknowledging, “Hey, I’m healthy,” or “Look at me. I’m employed,” shifts the state of not being ungrateful into one of active gratitude.

I recently attended one of Oprah’s “Live The Life You Want” weekends in Houston, TX, and I literally left feeling changed – as did many of the other men and women who filled the Toyota Center. I’d heard the gratitude message before – even from Oprah herself – but this time it hit home, and I’ve been consciously shifting my perspective since, and with amazing results.

Something magical happens when you stop striving to have and simply strive to be. When it becomes blatantly clear that all you need is right here, right now, your heart overflows, and you begin to feel more fulfilled. Great word, that one: full – filled.

I’m thankful for so much this Thanksgiving: My family, my friends, my health, my work, my apartment, my fridge full of food, my tank full of gas, my plants, my stories, my laugh lines, my toothbrush, my socks, my pillows, my nail file . . . well, you get the picture. Everything. Every little thing. Genuinely.

Take your “not being ungrateful” to another level. See not only the loss of, or the absence of, but – instead – the joy of having had and the presence of abundance that exists now.

I wish each one of you – who I am also grateful for – a joyous and happy Thanksgiving.

Another great word, by the way: Thanks – giving.

**This blog is also available on my website at http://www.leanadelle.com 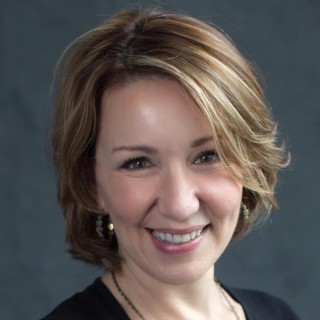 Leana Delle is an RN and author of the bestselling novel "Control Switch." She completed her studies in creative writing through Southern Methodist University (SMU) in Dallas, Texas, and is an alumna of their New York Seminar. Originally from Canada, Leana now stacks her books in Dallas, TX. Visit her online at www.leanadelle.com.